Thank to all of you who have supported me to continue my self publishing journey during these tough times, I have been able to release a couple of more books! You can still donate to my Ko-Fi fund so I can continue to publish the stories you love HERE

APRIL 15th will see the start of my new Cute Gay Romance series, "Between the Blue Sky and You":  which you can pre-order HERE 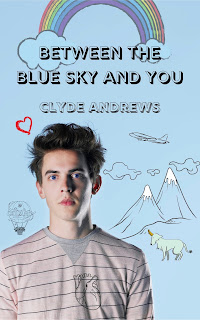 Chance Kerrigan, a seventeen-year-old gay boy, is all alone. He always has been throughout high school, to be honest. Besides, it’s not his fault his first and only boyfriend left to go live in some strange country a year ago.Who the hell moves to Estonia, anyway?It’s now Chance’s senior year at Preston High. The big one. And he’s sick and tired of being lonely through no fault of his own. He also really, really wants a date for the School Formal at the end of the year. Because that will be awesome arriving there in a fancy limousine and then walking hand in hand with the boy of his dreams.Whoever that will be.Unfortunately, Chance has built up walls around him to help cope with being unpopular. So yeah, in a way his loneliness is his own fault. Then again, little does Chance know there’s a boy who isn’t trying to avoid him, after all. A boy he will never believe in a million years has any interest in him.Funny how walls can be built up so easily but can’t be seen over despite needing to, isn’t it? Can Chance see over his walls in time, or will he miss the opportunity of a lifetime with the boy of his dreams? 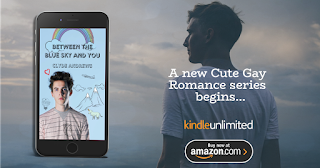 MAY 15th will see the release of my next full length novel, "Sparrows and The Hawk": which can be pre-ordered HERE 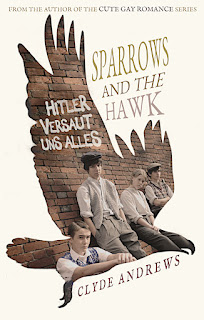 Erwin waits for Daniel in a safe house on the night of November 9th, 1938. Outside, there is violence and hate in the streets. Unknown to Erwin, this is the time that will soon be known as the beginning of the Holocaust. A time that will mean Daniel, the man Erwin loves, is no longer safe.
All because Daniel is Jewish.
Erwin and Daniel decide they must get out of Nazi Germany. Along the way they face many obstacles, but the biggest is figuring out who they can trust to get them to safety. Nothing is as it seems as schemers, people with their own agenda, and pure evil conspires against them.
Can Erwin keep Daniel from harm as their relationship deepens and they make their escape? Or will a world gone mad prove too much as it heads full-on into war? 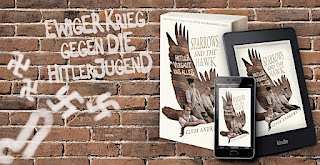 Thank you for your continued support and happy reading!

Times are tough. Only last week I had to close my business due to the Corona virus pandemic. But during these times, there has been many fantastic supporters out there for me and my work, so much so I have felt overwhelmed by how wonderful they have been. Many have also DM'd me encouraging me to keep releasing my stories as they are so positive and needed for the LGBTQ+ community.

Therefore, I have decided to set up a Ko-Fi page HERE where you can help me keep going and releasing those stories! I hate asking for anything and have always done everything myself. But in these dark times, me creating my stories has become even more important! Please help if you can and buy my a Ko-Fi! 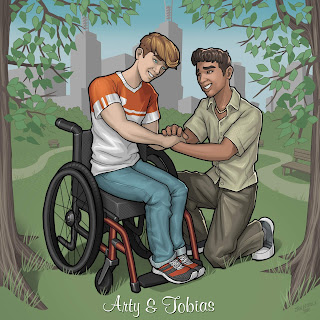 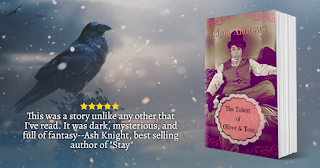 The Talent of Oliver & Tom is available now.

Oliver Merritt’s parents are murdered by a strange, shadowed man in an alleyway off the foggy streets of Victorian London. The murderer calls himself the Skilamalink Man, and Oliver vows to get revenge against him. In his sorrow, Oliver discovers he has magic—an energy that’s anchored to his physical self and acts as an enhanced extension of his senses, but only stays with him if he remains chaste.With nowhere else to go, Oliver accepts an offer to live in a brothel, starting work as an exotic dancer to earn his keep. If he thought his life had been turned upside down, things become even more interesting when a scraggly, tousle-haired lad named Tom Arkwright—the son of a local constable—arrives at the brothel as part of another murder investigation.Together they help each other with their cases, and in doing so, realise the Skilamalink Man is responsible for all the murders in the area. Oliver soon finds himself falling for the charming, streetwise young man. Now Oliver must choose between sacrificing his magic for the love of Tom or keeping it to catch the Skilamalink Man and get his revenge before he murders again. 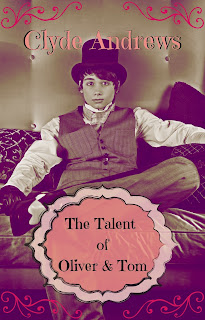 The Fabulous Adventures of Leif & Lyle ON SALE! For one week only 17th Feb to the 24th of Feb (US only) you can grab the Kindle version of "The Fabulous Adventures of Leif & Lyle" for a low .99c! Get your copy HERE

Fifteen-year-old Lyle and his boyfriend Leif are popular in school—or, so they believe.One day, Leif discovers that his adorable basset hound, Mister Metaxas, has been kidnapped and the ransom note indicates that not everyone is happy about gay kids at school.As the investigation begins to get back Mister Metaxas, the list of suspects mount. Thankfully, Leif and Lyle have a few good friends and very supportive families, because they will not only uncover the truth about why someone would kidnap Mister Metaxas, but also discover a lot of things that will surprise them, too.Oh, and being heroes will be a bonus!
at February 18, 2020 No comments:

This month's release is for my wonderful German readers. The story is my first one ever published, the hilarious second chance romance short story: "Enough Blue Sky to Mend a Pair of Sailor's Trousers" It now has a new title and updated cover for the German market! 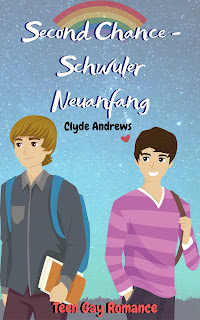 You can get your copy HERE or read it for free on Kindle Unlimited. (Also available worldwide)

Here is the blurb, too! Enjoy 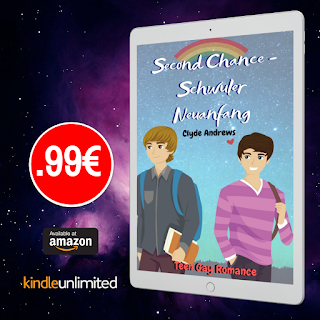 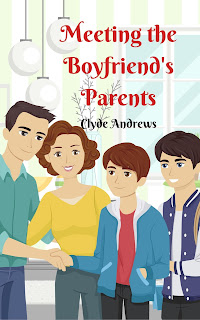 "Meeting the Boyfriend's Parents" is my first release for 2020! What's more it's a Cute Gay Romance, one about Lukie and Sawyer's love! I hope you enjoy it as much as I did writing it. It's a story that's special to me, too.

Luke isn’t just gay; there’s something else about him he can’t define. He’s nervous and anxious all the time—and being uncomfortable in his own skin doesn’t help.When he’s asked to be Sawyer’s boyfriend, a boy who’s caring, considerate, and a true gentleman, Luke thinks Sawyer might be just what he needs to help him be who he’s really meant to be.But when it comes time for Luke to meet Sawyer’s parents, secrets are revealed that make Luke question everything. Secrets that include Sawyer as well.Can Luke accept Sawyer and his family to help on the path toward accepting himself? Or will the tension it causes mean the end of their relationship? Sometimes happily ever after’s need to take a turn, no matter how difficult, if they’re meant to be.

You can get your copy on KU for free or purchase HERE
at January 13, 2020 No comments:

Support me on Ko-Fi

I write LGBTQ+ stories. As a therapist who helps people with all sorts of conditions, injuries, and disabilities I'm an advocate for those people, especially if they're teens.

The Talent of Oliver & Tom 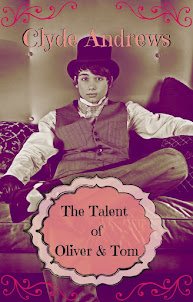 Available NOW on Kindle and Print